SpaceX is slated to launch an updated Dragon space vehicle aboard the Falcon 9 rocket Dec. 5 from Launch Complex 39A at NASA's Kennedy Space Center in Florida to the International Space Station as part of the space agency's 21st Commercial Resupply Services mission.

Dragon will ferry materials to support over 250 NASA scientific investigations and carry other payloads, supplies and the Nanoracks' Bishop airlock, an airtight component designed to transfer cargo inside and outside ISS, the agency said Tuesday.

The space vehicle will detach itself from Falcon 9's second stage and perform a series of thruster firings towards the orbital laboratory.

Dragon is expected to remain attached to the orbital laboratory for a month before it departs to the Earth's surface carrying research and return cargo.

The said mission is under SpaceX's second CRS contract with the agency. NASA awarded contracts to SpaceX, Sierra Nevada Corp. and Orbital ATK in 2016 to deliver cargo to ISS in support of the space station resupply initiative. 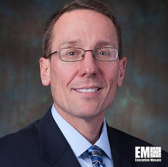