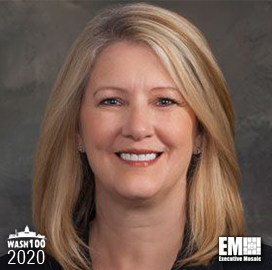 Executive Mosaic is pleased to announce that Michele Evans, executive vice president for Lockheed Martin's aeronautics business, as an inductee into the 2020 edition of the Wash100 Award for forming partnerships and advancing technology capabilities and production of Lockheed Martin aircraft.

This marks the first Wash100 Award win for Evans. Her efforts to drive production and aeronautics technology throughout 2019 have earned Evans her first Wash100 Award, the most prestigious and coveted award in all of government contracting.

Shortly after the U.S. Transportation Command tapped Lockheed Martin to deliver A330 Multi Role Tanker Transport aircraft to the U.S. Air Force as part of the company's joint venture with Airbus in June, the two companies met at the Paris Air Show to showcase their partnership and their commitment to meet the aerial refueling needs of the U.S. military.

“We believe with Airbus' and Lockheed Martin's expertise in air refueling and innovative, combat-tested technologies such as low observability and networking operations, we make a powerful team to address the U.S. Air Force's tanker needs today and into the future,“ said Evans.

She also mentioned that Lockeed Martin is undergoing a digital transformation and implementing a model-based engineering approach as part of its updated strategy.

In addition, the company celebrated the opening of an F-35 aircraft production line at a newly refurbished hangar in Greenville, S.C. in April to produce F-16 Block 70 jets at the facility and create more than 400 jobs to support the new manufacturing line.

“This is an exciting time as we celebrate another important milestone for the F-16,“ said Evans. “The future is bright, and it begins right here in Greenville, South Carolina “’ the new home of F-16 production.“

In addition, Evans spoke about the company's plans to install “sixth generation“ updates to its fifth-generation F-35 fighter jets including automated collision avoidance features and a 40 percent increase in fuel tank capacity in June.

The Block 4 modifications will build on Lockheed's planned F-35 Lot 15 updates which will be implemented in 2023 and include “tech refresh“ modifications such as integrated computer processing units and display systems.

“I think it really does reflect on the value of what F-35 is bringing to the pilots and the battlespace. In terms of technology, we're not going to let the F-35 go static,“ Evans explained.

“Lockheed Martin is proud to partner with the Air Force and the Reagan Foundation to install a permanent symbol of American innovation at the Reagan Library for all to see,“ said Evans.

Elsewhere, Evans was named to Cheniere Energy's board of directors to serve on its audit and governance and nominating committees in June.

“I look forward to applying my skills and experience to help Cheniere capitalize on its competitive advantages and deliver on its strategy,“ she said in the Cheniere press release.

Executive Mosaic congratulates Lockheed Martin and Michele Evans on her 2020 Wash100 Award selection. Her efforts to drive aeronautical technology capabilities and drive Lockheed Martin's aircraft production have earned her a strong reputation as a top contributor in the GovCon sector. 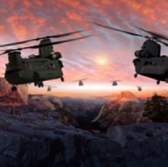 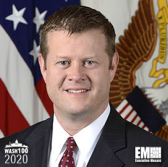