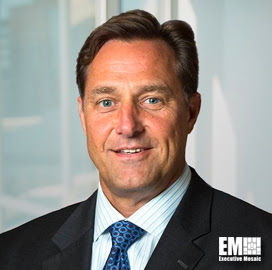 Peraton has appointed Kevin Meiners, former deputy director of national Intelligence for enterprise capacity at the Office of the Director of National Intelligence (ODNI), to its advisory board, the company announced Thursday. He will join other government and commercial technology veterans who advise and counsel Peraton's management team on strategic matters.

"During his more than 36 years of service to our nation, Kevin distinguished himself as a trusted counsel within both the Intelligence Community and the Department of Defense and it is an honor to welcome him to Peraton's Advisory Board," said Stu Shea, chairman, president and CEO of Peraton and 2020 Wash100 Award recipient.

Prior to his service to the ODNI, Meiners served in a variety of leadership positions within the IC. As director of Advanced Technology within the Defense Airborne Reconnaissance Office (DARO), Meiners supervised the development of early unmanned aircraft vehicle (UAV) programs.

He also served as the director of ISR Systems within the Assistant Secretary of Defense for Command, Control, and Communications (ASD/C3I), where he created long-term acquisition strategies for future overhead satellite programs, such as the Space Based Infrared System (SBIRS) and Space Based Radar (SBR).

Meiners is a graduate of the Defense Systems Management Course and is DAWIA Level-III-certified in program management. Additionally, he is a recipient of the Presidential Rank Award of Meritorious Executive, the Presidential Rank Award of Distinguished Executive, the Secretary of Defense Medal for Meritorious Civilian Service and the Department of Defense Medal for Distinguished Civilian Service.

"His natural ability to apply strategic thinking and deep technical knowledge to address complex intelligence, surveillance, and reconnaissance missions and systems requirements will add tremendous value to Peraton and the customers that we serve across the space and air domains," Shea added.

Peraton provides innovative, reliable solutions to the nation's most sensitive and mission-critical programs and systems. As a trusted provider of highly differentiated space, intelligence, cyber, defense, homeland security, and communications capabilities, Peraton is a critical partner to the Intelligence Community, Department of Defense, and select federal agencies and commercial entities. Headquartered in Herndon, Virginia, the company employs 3,500 people across the U.S. and Canada. 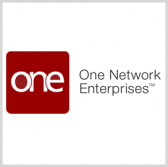 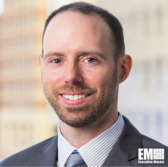