Boeing has secured a contract from SES to develop four more 702X satellites for the latter's satellite constellation in the medium-Earth orbit.

Boeing said Friday it is developing seven O3b mPOWER satellites for SES and the new contract brings that number to 11.

O3b mPOWER is a constellation of software-defined satellites designed to integrate with network architectures to deliver global connectivity services on land, air and sea to clients. The first set of satellites for the constellation will launch in late 2021.

SES and Boeing have also teamed up to develop commercial service offerings and interoperable military and commercial satellite communications architectures to support U.S. government and other users across mission domains. 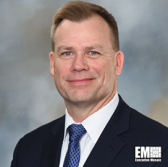