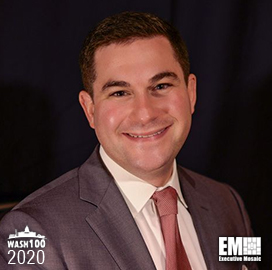 Executive Mosaic is honored to introduce Joshua Marcuse, executive director of the Defense Innovation Board, as an inductee into the 2020 edition of the Wash100 Award for his efforts to modernize software for the department and maintain the ethical guidelines to implement artificial intelligence and other emerging technologies. This honor marks Marcuse's first Wash100 win.

In July 2019, Marcuse announced the three Department of Defense leaders who were selected to implement the approved recommendations within the four lines of effort of DIB's Software Acquisition and Practices study.

The Defense Innovation Board released in May the final report of the SWAP study, which includes 10 primary recommendations and 16 additional items to help the Pentagon address challenges regarding its approach to modernizing software.

In January 2019, the department announced plans to work with a group of contractors from Silicon Valley to share and handle the large volume of data the agency collects from its missions. Marcuse said then that allowing a single company to manage all data for DoD could lead to vendor lock arrangement.

“It makes it that much harder for the department to improve the quality of the products and services that it provides the warfighter,“ Marcuse said of vendor lock.

In October 2018, the board talked about efforts to establish a set of ethics guidelines and recommendations when it comes to artificial intelligence technology development and implementation. “It is abundantly clear from the discussions thus far, the department's experts on AI already have a deep appreciation, even a healthy skepticism for the limitations of AI, as well as its promise,“ noted Marcuse.

He noted that discussions over AI and related technologies will likely result in disagreements. “Respectful and forthright dialogue should lead to meaningful understanding on all sides,“ Marcuse said. “And a robust contest of ideas should generate new insight.“

Marcuse assumed his current position in 2016. He previously served as a senior adviser for policy innovation at the office of the undersecretary of defense for policy and as an adjunct fellow at the Center for Strategic and International Studies. Previously, he worked at Booz Allen Hamilton and at the Council on Foreign Relations. 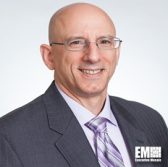 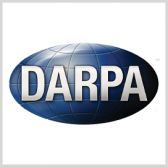