Executive Mosaic is happy to present Anthony Robbins, vice president of Federal for NVIDIA, as an inductee into the 2020 edition of the Wash100 Award for driving data use and innovation in artificial intelligence within federal agencies and across the federal market.

This marks the third overall Wash100 Award for Robbins and his second consecutive. He earned his 2019 Wash100 Award for his leadership and role in the development of emerging technologies such as artificial intelligence, robotics and machine learning.

Robbins has heavily advocated for the federal government to make contributions across data, computing infrastructure and training areas to harness the potential of artificial intelligence in the federal sector. He explained that AI has potential applications in cybersecurity, sustainment of defense platforms, disaster relief, health care and fraud prevention efforts.

“So, I think the government is doing a pretty good amount of work projecting to industry some of the needs that they have,“ Robbins said. “And I think it's incumbent upon us to make sure that we do a good job listening, and then crafting a strategy that we can support this marketplace.“

“It's all about the data. Luckily, our government is the largest producer of data in the world and we need that foundation to feed any AI algorithm,“ Robbins added.

More specifically, he wrote back in April 2019 that the U.S. government should train engineers in data science and deep learning as well as advance data collection efforts and make datasets more available to help agencies generate critical insights. Robbins also explained that the projected $1 billion spending nondefense for AI capabilities is “not nearly enough“ for our AI training efforts.

Robbins also argued in Nov. 2019 that defense contractors, universities, startups, systems integrators and civilian agencies should work together to help the federal government advance the adoption of artificial intelligence and improve citizen services.

Executive Mosaic congratulates Anthony Robbins and NVIDIA for his third Wash100 Award. Robbins is one of the strongest advocates for artificial intelligence innovation in the federal market and remains one of the major driving forces towards the development of the technology to help the U.S. military, federal agencies and the civilian sector. 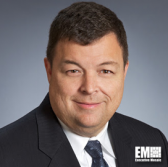 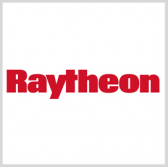