Robert Cardillo, former director of the National Geospatial-Intelligence Agency and a four-time Wash100 awardee, has said the government must encourage the private sector to implement alternative positioning, navigation and timing systems.

The government needs several systems for a viable APNT infrastructure rather than a single alternative to GPS which could result in single-point-of-failure risks, Cardillo wrote in an opinion piece published Tuesday on Defense One.

He noted that the private sector has already begun prototyping APNT technologies to ensure continued operations in the energy, telecommunications, financial and transportation sectors.

According to Cardillo, the government must “send a clearer market signal“ to drive APT development by executing approaches such as fee-based incentives, APNT expense offsets, regulatory mandates and public-private partnerships.

“Considering the projected losses created by a serious GPS outage, government investment in private APNT services ought to be viewed both as an insurance policy ““ and as the kind of spur to innovation that GPS itself has represented for two decades,“ he said.

Cardillo serves as a distinguished fellow at Georgetown University's Center for Security and Emerging Technology. 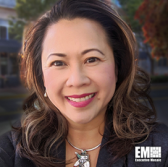 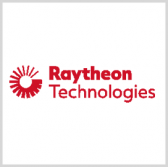