Honeywell has established a center of excellence in Phoenix to maintain engines that power CH-47 Chinook helicopters flown by the U.S. Army and international defense customers.

The T55 Repair and Overhaul CoE is close to Honeywell's aerospace business headquarters and co-located with its engine production and engineering operations, the company said Thursday.

Co-location of these processes will allow technicians and engineers to collaborate on troubleshooting and product modernization efforts.

Dave Marinick, president of the engines and power systems division at Honeywell Aerospace, said the company aims to increase its throughput at the new engine maintenance facility.

The conglomerate also debuted an initiative to help suppliers address material delivery schedules and noted it seeks to increase engine support for both domestic and foreign military customers.

T55 engines have powered Chinook helicopters over the past six decades. 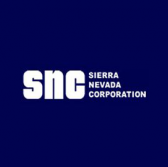